I am busy, I think; only I don’t appear to be achieving that much. I am told this happens to most people and quite a lot, it is part of the dilemma of real life. Something other wizards who shout GRANDEY_POPENSPITT and such things while waving a stick about don’t have to deal with. That Bl******DY Potter you know the one, Harry Potter not Beatrix Potter or any other Potter but grand wizo Harry and his mates.
In Napoleon Beelzebub’s Very Strange Curiosity Shop, the artwork for the famous Christmas Preview is slowly arriving, and in the next week the Angel of the Norse will take its place centre stage, in the front window. It is being left to me to sort the whole window this year because as mum put it last year; the Judge of the Christmas Window Competition was an IDIOT. (I would just like to point out that any characters in this diary are entirely based on stuff and therefore any judges reading this can rest assured they are not IDIOTS. Don’t listen to mum she calls us all IDIOTS), In fact guess what.
We had some old friends in town this week who come to Monty several times a year and have done for years ever since we all lived in caves and went EEEeeerrrrrr. Uncle Frank still does sometimes but only when he feels is best to keep his head down and pretend he is an IDIOT like when he has to judge the Monty Christmas Window Competition and he spots Napoleon Belzeebub’s fiery red eyes staring at him from the ceiling of his bedroom (Uncle Franks ceiling not Napoleon Beelzebub’s) after he has given someone else first prize yet again.
Anyway I must go I have much to do
Ooooo Just as a by the way :- By the way Ian the Musical Hat Maker now has two bionic knees and will hopefully be back home soon; and Auntie Karen now hates roundabouts. She said she is forced into going round and round the stupid things because, they are the wrong shape…. 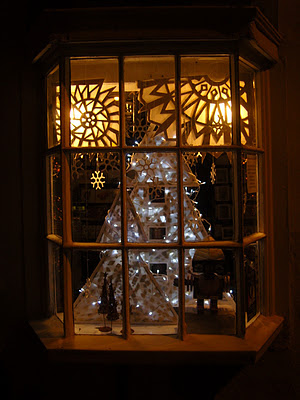