Everyone is far more relaxed today. There is no denying that not knowing where you are going to live in a couple of weeks time it rather stressful and someone said that I should watch Stephen Fry’s Planet Word  in particular the episode that dealt with swearing as swearing can help us deal with stress.

So Mr Jenkins from next door very kindly let us watch it on this video recording apparatus it was very interesting and did in fact imply that by swearing you could blog (No sorry Block) pain and stress after an experiment where they emerged their hands in ice cold water.  So me and dad decided that we would try and see if swearing would help.

Me and dad started by swearing at the estate agents and then the owner of the house we are moving too, presently occupied by a nice little old lady. Then dad swore at a policeman trying to save a cat in a tree and then he swore at the cat. Between us we swore at loads of people but it did not really make a lot of difference; although we were both well puffed after running away from a large angry crowd who were swearing at us.

It took ages for dad to explain to the policeman and some of the massed crowd that Stephen Fry had said it good for us to do this, and that it was his fault. Mum said we were idiots but did say Stephen Fry would probably swear loads when he gets all the solicitors letters from all the people suing him for all the bother his program has caused.

Anyway Napoleon Beelzebub’s Very Strange Victorian Curiosity shop has opened up a new department, it’s a freezer section, he is not entirely happy about it, after all he is the devil and he said the old saying “When Hell Freezes Over” is likely to come up in conversation with smart arse customers. It is all to do with his latest product Gaddafi Pie which luckily was not on last night’s menu.

Today saw another small step on the road to a finished Angel of the Norse and the Angel does now have hands although Napoleon Beelzebub says they are not exactly the average hands for an Angel, more sort of Spider Monkey, and has given me two out of ten again. He can be hard to please but then he is the devil and he has a freezer full to the top with Gaddafi Pie and sabre toothed Tiger Prawns in Batter, as it happens the Gaddafi Pie looks a bit battered too. 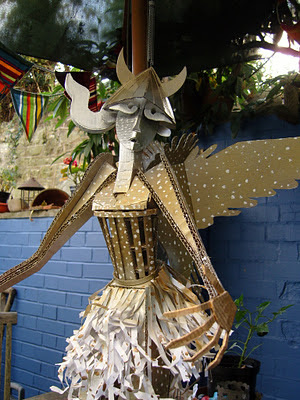 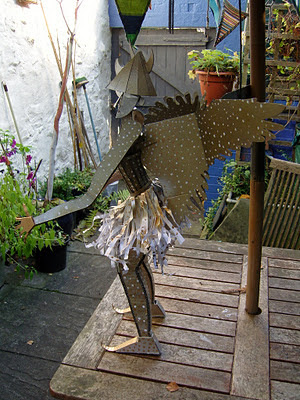 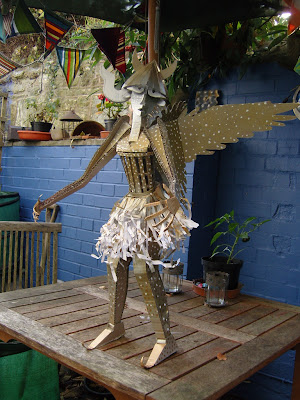 Email ThisBlogThis!Share to TwitterShare to FacebookShare to Pinterest
Labels: Angel of the Norse