The Story of a Shed

For many years I had promised my wife a proper designated space where she could make stuff and not have to pack it up when she needed a break and also a space to chill if need be. Hey I'm a chap I take 10 years to finally get that shelf up so this project was in my mind a long long time. In fact we moved house while I was still pondering


But in 2016 I started on a Workshop/Studio Summerhouse for my wife, much to her surprise.  Over many years I have sort of kept every bit of wood and stuff I thought might be useful to make something arty so I had a lot of useful stuff and therefore this material became the starting point of a project with no design. We already had an old, rather tired and uninspired summerhouse in the garden which we inherited when we moved to our present house in 2012 and this was dismantled in order to recreate something unique. Part of the roof ended up in a wall, and some bits of wall I think are under the floor.


And so over about the last three years I have build this. its insulated and plastered inside has a decent roof and some power for basics plus a sewing machine and a bit of heating 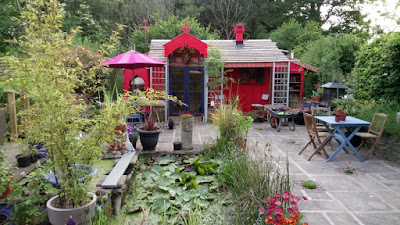 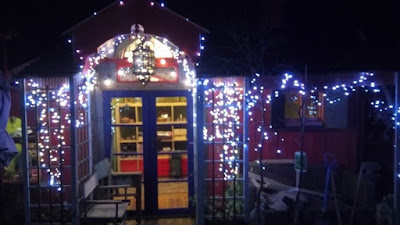 Yes it has Fairy Lights and plenty of them.

I always say a chap can not have too many Fairy Lights.Now I'm no expert at making such things but I do have a practical brain and know the vague principles needed to make a decent strong building, So to be safe I have over engineered this which means it will survive storms, Elephants jumping on the roof and Armageddon. Although having said that I have realized some of those recycled bits of wood for the fiddly bits are not entirely weather proof so come the spring (2019) I will be changing them for some Oak I have found in the Attic . . . . . Indeed a mystery but a good one. 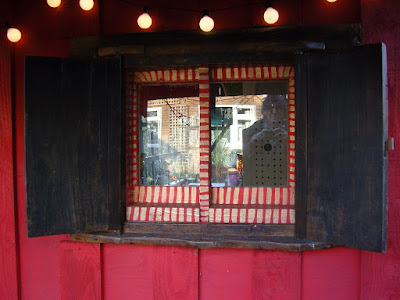 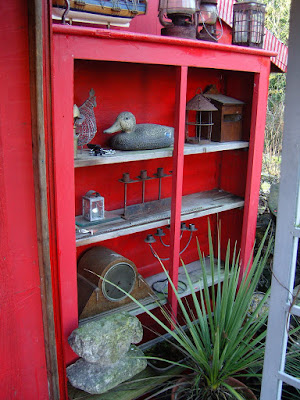 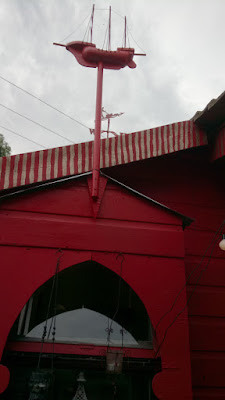 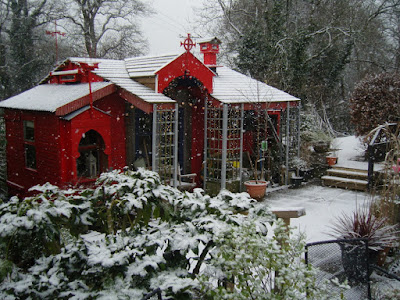 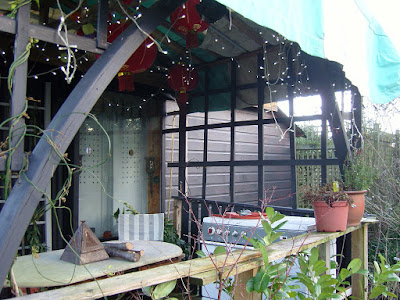 And inside it looks like this. It has a rather posh Chandelier which was a free-bee so you cant do better than that. My only regret was someone beat me to the other five. . . . . DAMN.

I made some Indian styled shutters for the rear window from a wooden unit that was left in the garage by the previous owner of the house. The rear window itself being a double glazed unit from our house when we fitted new outside doors in the dining room 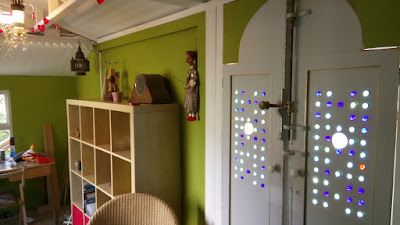 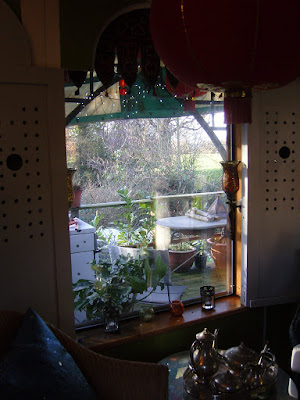 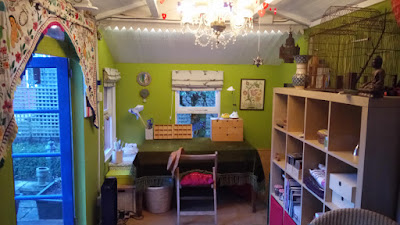 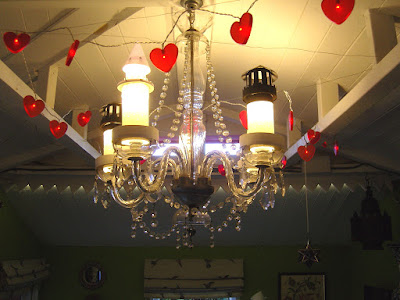 So there you have it  that is my wife's Sewing studio (Called The Indian Sewing Studio)  I have entered this into the Shed of the Year Competition for 2019 . . .  I loved that show when it was on the box which sadly is no longer the case, but the competition rolls on thanks to CUPRINOL . . . . Well Done CUPRINOL . . . . .

At some point you may get a chance to vote for it and save me from the embarrassment of coming last, I dont mind too much coming last I'm not really a competitive chap, but we should always do our best and give these things our best shot.

Finally here is a short video (a badly made video) of the Studio at dusk to give everyone a better idea of what its like. . . . .