The Angel of the Norse, The Monty Cardboard Robot Club and the Christmas Window

I have been working on The Angel of the Norse today for the Christmas window. It is best to be prepared in advance because if the house move suddenly happens it will be chaos. It is made of cardboard (the angel not the house) which may sound a bit odd but it will be OK in the end (I think).
Me and the Ghost Writer are the only members of Monty Cardboard Robot Club now which means one of use has too make it because the Monty Cardboard Robot Club always do the Christmas Window at Napoleon Beelzebub’s Very Strange Victorian Curiosity Shop, its traditional . Mum used to be a member but she said the rest of the members were IDIOTS although at that point there was just the three of us.  Anyway the Angel of the Norse is starting to take shape although it still has no head yet. Napoleon Beelzebub popped in to see progress and gave me two out of ten so far. I think because it still has no horns and is not scary yet. But it is early days it will be good in the end.
I am sorry I am late tonight but we have all been at a family party for the Ghost Writers granddaughter Miss Elle who is sixteen tomorrow and who has to spend almost all of tomorrow in a car going to a place so she can come back again.
You see its all this modern western society it really is not efficient, we go places and then return from them when in reality if we couldn’t go to them we wouldn’t need too. We have created a whole structure of society dependent on the ability to get to places we should not be able to get too and one day it will all end in tears or so mum and dad say. It is why they want to be more eco; although dads huge steam powered things are not very eco I’m sure, but he says they are steam and  that doesn’t count because steam powered things have soul not like all the modern plastic rubbish.
Anyway we are home now and once I finish my diary I an going to go and Chill (not as in getting cool but as in relaxing).  I Hope everyone is well in the big wide world. see you tomorrow hopefully a little earlier. 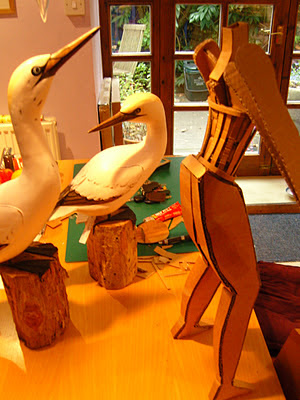 Email ThisBlogThis!Share to TwitterShare to FacebookShare to Pinterest
Labels: Angel of the Norse, Christmas, NapoleonBeezebub