There is a bit of a question about the reality of reality and whether cardboard and art and the rather obscure Monty Cardboard Robot Club or even the world famous Napoleon Beelzebub's Very Strange Victorian Curiosity Shop are real ........... SHOCK HORROR.

So to alleviate such worries I have found a couple of pictures of previous cardboard things we have made in the past. including last years Christmas window with little Norwegian Bruce and the cardboard Norwegian Spruce which ironically took ages to make and is quite a simple shape too. 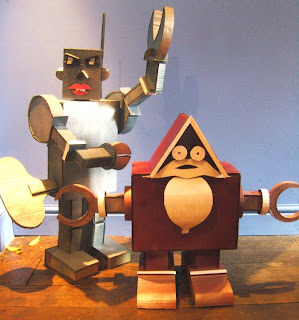 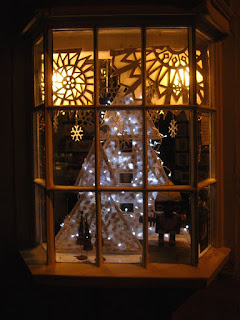 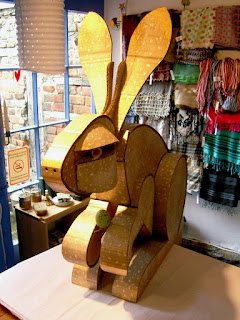 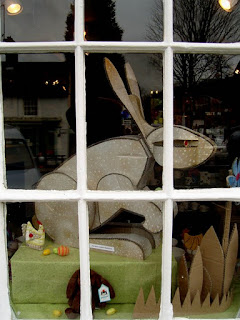 The Easter Bunny in the window 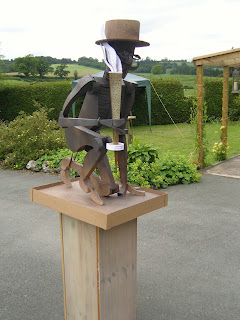 a sculpture made for the cultural Olympics 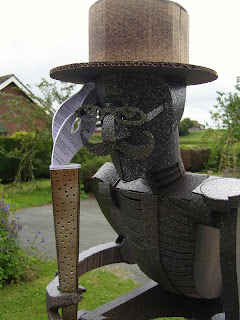 
It maybe this is not really art but we have loads of fun, a bit like my diary really, it is a diary but is it?

Email ThisBlogThis!Share to TwitterShare to FacebookShare to Pinterest
Labels: Angel of the Norse, Christmas, NapoleonBeezebub