The public sector strike and the private sector foam mattresses.

It was the big teachers strike today only none of them were on strike in our little town. It all has to do with the public sector workers who are a bit worried they will not be allowed to retire until they are very old and knarred and grumpy. And then when they do retire they will not be able to go off to chill by the sea in the summer and stuff like that, and might have to eat gruel. 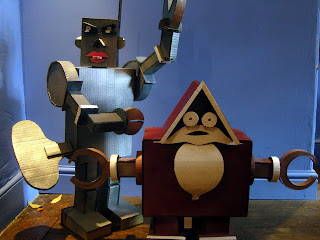 But the private sector workers say it is not fair because most in that sector never have pensions in the first place because they never think about it until it’s too late. So they already have to retire when they are very old and knackered and grumpy and survive by living in the doorways of public buildings like libraries and police stations and scavenging from the dustbins of dustmen and teachers. Dad said it’s a funny old world when I got home from school, but as mum says it’s the fact that everyone is old is the problem. She also said if I don’t change the subject soon the nice Mr Steven Spielberg will be making a block buster movie all about politics and we all know what happens to them (the movies not the politics). To tell the truth I don’t remember what happens to them, I can only think of one and it’s really old and out of date a bit;  much like the public workers think is going to happen to them (well will happen to them but best not to tell them yet).
On the way home while waiting outside a shop in town a man said to me do you know anyone who wants to buy some memory foam mattresses we have in the van as we have brought too many with us for the hotel and well we don’t want to take them back do we Nudge nudge say no more. Mum recons he must be a private sector worker with no pension trying to earn an honest crust. I did say to mum it didn’t sound very honest but mum said IDIOT ………. NOT FAIR.  Dad said I should have asked how much they were but mum threw the armadillo toast at him, she hasn’t done that for ages now.
Posted by Rob Z Tobor at 19:19

Email ThisBlogThis!Share to TwitterShare to FacebookShare to Pinterest
Labels: What ?