Ask a Duck which is his/her favourite Letter in an alphabet and he/she will always say the same thing Quack . . . . .Which brings us to plans involving the Letter Q and Ducks such as The Quad Plan of the world famous architect Frank Lloyd Wright. You see not many folk know this. Actually no one knows this but Frank Lloyd Wright based his designs on principles he learnt from watching Ducks nesting. It is why so many of his iconic house designs involve water, a hard shiny exterior and a white interior with soft yellow furnishings at their very centre. Although the novelty Duck noise door bells were never entirely a success with the public, partly because pesky kids would ring them and then run off and hide leaving an innocent duck on the doorstep to take the wrap.  Luckily most ducks are faster or at least as fast as a speeding steam locomotive as we learnt on a previous Letter. . . . . I bet you now wish you had read the earlier Letters, but I have no intention of telling you it was Letter M . . . . . . . . . . DAMN 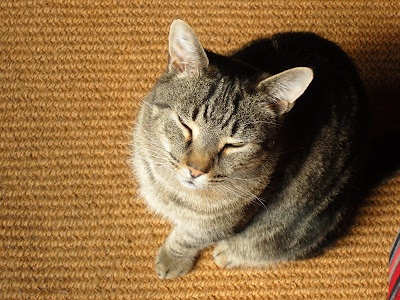 Email ThisBlogThis!Share to TwitterShare to FacebookShare to Pinterest
Labels: A to Z, A to Z 2019, babble, the End of the World, The fabled Minor Stream of Inconsequence