A rather bizarre, slightly odd and somewhat rambling trip through an A to Z of Plans. . . . . Sort Of


Now tempting as a Plan C might be; I think it would be unfair to pursue this so in order to maintain the basic formula of my 2019 A to Z we/I need to think laterally so time to consider Plan Sea or to look at it in an alternative way a slightly Fishy Plan. Maybe one involving Cod, Catfish, Carp, Coley and the ever elusive Coelacanth, folk love fish particularly if covered in a nice crisp batter. Which of course is why the Coelacanth remains so elusive after all who could resist a deep fried Coelacanth?

Right well that’s about it I will Conclude C now as no one will want to spend ages reading millions of long Blogs in a Cascade of C based Consciousness. So I will say farewell until the Letter D. . . . . . . . . And some Ducks (you have been warned). 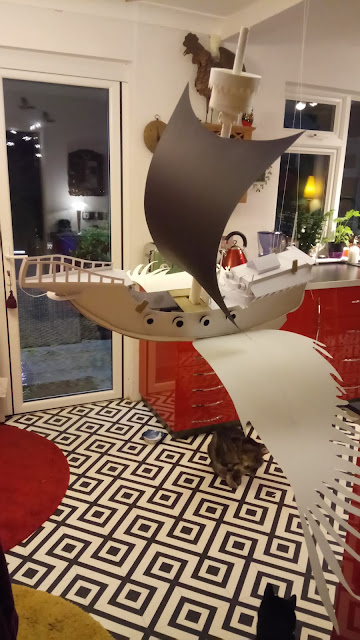 A flying ship in our Kitchen being watched by the Cats

Email ThisBlogThis!Share to TwitterShare to FacebookShare to Pinterest
Labels: A to Z, A to Z 2019, pirates, Plans