The Vampire and the Vole

Well V means its time to repeat on old favourite of mine . . . . Yes I know what you are saying, but I do like this post it always amuses me and I wrote it. . . Well my hands did I still dont know where my hands got the idea from but that is hands for you. 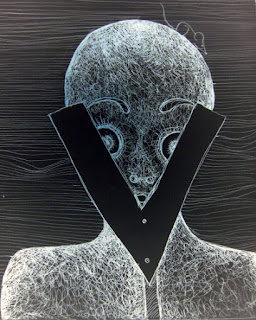 “VHAT do you VANT” said the VAMPIRE to the VOLE.

“What”? Said VICTOR the VOLE.

“For a start off those are not V words” said VICTOR.

VICTOR the VOLE was very good at words and knew all his VERBS and VOWELS.
The VAMPIRE was very displeased because he was being criticized by a little VOLE and he shouted “I VILL bite VOU and VURN VOU into a VOMBIE, VES a VILE VITTLE VOMBIE”.

“A VOMBIE “ said the VOLE “surely you mean a Zombie”.

“VOMBIE VOMBIE VATS VHOT I VED” said the VAMPIRE, who was VERY angry; so angry he bit VICTOR the VOLE on the neck.

“I VARNED VOO” said the VAMPIRE.

And VICTOR the VOLE said “I suppose you VINK that’s VUNNY”.

And they both laughed hysterically as a cow jumped over the VOON.