The Undead, Vampires and a gang of Unscrupulous Little Old Ladies

Right today for the letter U I have unearthed my post from March 2012 and my first practice run. And as I said once before about doing a practice run, it is fine but then U then have to come up with a whole new post a few weeks later. Not so easy with U and the real U of 2012 was not as good as the practice U, O well that is what happens at times we make great master plans only to see then become Undone by the unexpected.

OK enough of this time for my 2012 diary entry and my very first ever attempt at the letter U from March 2012. 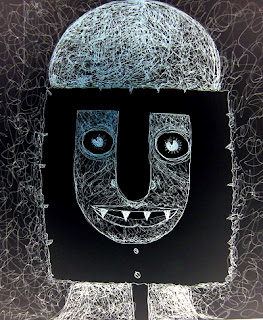 The Undead, Vampires and a gang of
Unscrupulous Little Old Ladies

We have reached U and U know what that means I can use U instead of U (as in U and not me)……. Mum just said IDIOT, but I am not sure if she means me or U ……..Ah; it’s me not U apparently.

Today as I mentioned yesterday is the day of the UNDEAD . . . WELL COOL so we all went to school covered in white wash and Self Raising Flour, the UNDEAD like self-raising flour it helps them get out of their graves HAH AH HHAH HAH HAH HAH hah ah h hha hah hah hhahh ahah ha……. Mum said IDIOT again now.

On the school bus we all were going UUUUUGHHH or is it UUUUUUAAAAAGGHHH at UNSUSPECTING UNDERGRADUATES from the rather UTILITARIAN looking UNIVERSITY (which I have just made up in order to USE more U’s), and some UNEMPLOYED UNION members who took UMBRAGE and threw UMBRELLA’S in an UNADVISABLE UNCONTROLLED manner.

So after a then UNINSPIRING day in school where Esmeralda was hitting a lump of URANIUM with a hammer to see if it would blow UP and the Cricket UMPIRE pointed out that URSA Major was in the UPPER Quarter which will lead to UTTERANCES in the UNDERGROWTH by the UNDERTAKER (I did not UNDERSTAND a word myself). I UNSURPRISINGLY headed home to the fading shouts of KILL THE VAMPIRES. I think I did hear one little old lady shout KILL THE UMPIRE when her grandson was given LBW (Leg Before Wicket for those of U reading in the USA)

The Carpet is all finished now, a job well done although the dog ate the UNDERLAY and some of the fitters UTENSILS, but the dog is UNCONCERNED…… As U will have guessed by now some of my Diary is UNTRUE, UNLESS it is; although that’s more UNLIKELY.

Oooo Roast UNICORN for tea YUM, and I must try and fang (sorry find) my Vampire teeth for tomorrow.

OOOOOOoooooooo by the way if you have commented and I have not responded yet I will it is a time thing at present . . . . . . sorry about that