C is for the Curious Case of the A to Z

OK I have reached the letter C from May 2014 . . . Yes I know what you are thinking MAY? but I have done this A to Z thing more than once a year in moments of total madness. Its OK it will not happen this year I have to much to do and if you have read B you will know about that.  If you have not read A or B then you will not realise that this year's theme is cheating and repeating some of the best or as someone liked to call them recently worst bits of my previous A to Z's (there are loads of them on account of the madness of doing more than one a year)

So here you have one of my more factual tales based on real stuff even if at first glance it might seem a bit not real . . . . it is real, well mostly real or was back in 2014 DAMN time goes fast.

C is for the Curious Case of the Computer Update

Late last night myself and Mr Jones dressed up in camouflage armed ourselves with pointy sticks and a selection of large blue blocks that Mr Jones said were his secret weapon and ventured out into the night to defend Earth from the Rat People of Eaglefleebite 7. Mr Jones said if we could catch Big Boris and entice him into eating some of the blue blocks then it was game over.  Of course the best laid plans of mice and men or should I say RATs (as in Radical Abstract Thinkers) and men never go to plan (it is another stupid saying), and the Rat People of Eaglefleebite 7 did not turn up there was not a single light anywhere to be seen. Mr Jones said it was very annoying and also extremely curious indeed.

On the subject of curious things, what did happen last night which most folk would not think about much was my trusty old PC did a Windows Update. OK I can hear you all type, SO WHAT, but this old PC runs Windows XP the now dead operating system which I recently rallied round to support with my WE LOVE XP CAMPAIGN . . . . KEEP WINDOWS XP UNDEAD. . . .

I had started to think my efforts were scratching uselessly at the Big Gates (affectionately nick named Bill) of the huge Microsoft corporate body, but maybe not. Could it be that a member of the almost unheard of elitist KEEP WINDOWS XP UNDEAD GORILLA MOVEMENT has gnawed their way through the skirting boards unseen and in the best tradition of Moles now sits at the heart of the Microsoft organisation?  Sticking their head above ground to create another little mound for us to scoop up before vanishing back underground to hide in the labyrinth of dark tunnels (Microsoft really should spend more money on lighting up those corridors.

Of course if the elitist member of the KEEP WINDOWS XP UNDEAD GORILLA MOVEMENT sticks his head above ground for too long folk will say things like . . . . . . . . .  WHAT IS BRIAN FROM SOFTWARE DEVELOPMENT DOING EATING THE SKIRTING BOARDS . . . . . .and . . . . . . O MY GOD HAVE YOU SEEN THE LARGE DEPOSIT HE HAS LEFT ON THE LAWN. YOU DON’T THINK MAYBE HE HAS TURNED INTO ONE OF THOSE RAT PEOPLE OF EAGLEFLEEBITE 7.

Anyway this is long enough now for a daily diary entry so I will go leaving you with the following questions.

Is Brian one of the Rat People of Eaglefleebite 7 rather than a Mole? . . . . . They look similar

Why did a man called Mr Gates call his operating system Windows, does he have a buildings fetish?

Why would some mad bloke start working his way through the Alphabet all over again? 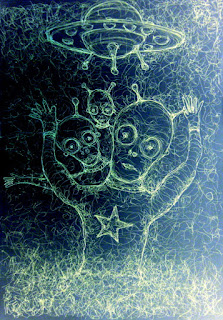