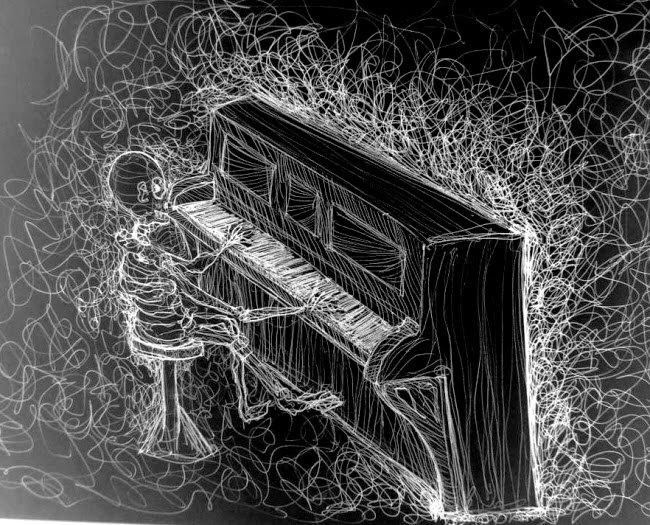 Today was a quietish day except for one thing. You see here in Britain among the trendy city folk it is very popular to go scurrying off hunting down the rubbish of others and leaping into Skips (Skip Diving) finding old battered stuff.  Then with your pile of old battered stuff you do a bit of rubbing down and painting and a quick change of use such as that old bicycle wheel becomes a useful lamp shade.  You can then set up a stall down the market and sell your up-cycled items for loads of money or show them off at a  posh dinner party as your guests struggle to drink champagne from the modified old Chrome hub caps from a 1953 Morris Minor (Chrome Hub Caps, those were the days).

Even television in recent years has taken to this idea with much gusto with all shorts of shows where folk such as Kristy Allsop (who is OK I think) make sheds,  decorate homes and stuff out of old stuff. Although sometimes on the TV I feel they cheat, when someone says we found this old submarine periscope and grandfather clock in a skip, you just know things are going on that we are not being told about. This is the way of television no one wants to watch a chap make a model seagull out of a broken damp and mouldy chipboard shelf from a 25 year old bookcase that is knackered.

Of course us folk who live in the Country have rather mixed views about all this, some think these city folk are Idiots . . . .  I’ve got a whole barn of old rubbish if the want to buy it. And then there are those of us who have spent most of our lives picking up free stuff and using it for one thing or another and we tend to call it scavenging and folk look at us and say . .  He’s as tight as a ducks ****** . . . .   No one sees it as trendy up-cycling.

Which sort of brings us back to today and the arrival of a Piano from Chris and Chris, which was abandoned in a carport for a short while as the house it has been in is being sold. Luckily the piano is in fairly good condition and it’s main issue is it is a bit sun bleached as it has been in a sunny location for many a happy year.  Anyway it is a C. Bechstein piano (and an old one I think) so it’s one of the better makes, and it almost certainly will need the magic hands of our good friend Mr Ian the Musical Hat Maker to come and tune it at some time.

Now you may be wondering what we plan to up-cycle this into, well our plan it to turn it into a piano and leave it exactly as it is.  I know us country folk are fools . . . . .
Posted by Rob Z Tobor at 22:27