Reuniouns, Proof of Aliens Breeding on Earth and Dogs

Before I return to tell more of the secret mission on the South Wales coast I must first let you know I have been close to the today on what was a grand reunion for old school friends. I must also add that although I was there it was not a grand reunion for my school and I did not have a clue who anyone was, and they did not know who I was, although they all knew each other. It is odd being at the grand reunion of folk who have not seen one another for up to 40 odd years or so when you have never met them before, but they were all very nice people and I got to have a nice lunch, a hot chocolate and an exciting drive along some of the wettest motorways I have ever been on which was well scary….

So while on the subject of wet scary things I should show you my proof of aliens breeding on the beaches of Saundersfoot in Pembrokeshire, because it is rather convincing. And before anyone thinks I have been tinkering with the picture I can assure you I have not. The only thing I have not worked out is do these aliens remain tiny aliens in which case they can sneak about unseen, after all I did photograph those Nano-Alien spacecraft way back when and those two bits of evidence do rather link up rather well. On the other hand they could grow into huge aliens very fast and pass themselves off as members of the yacht club; in fact could it be the local yacht club is a front for alien activity. 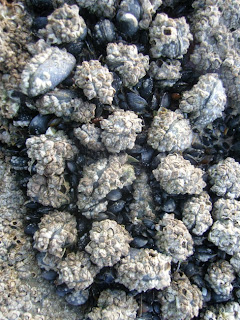 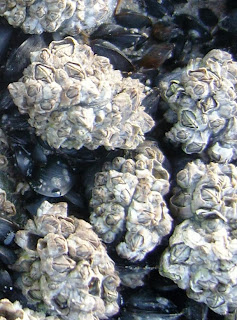 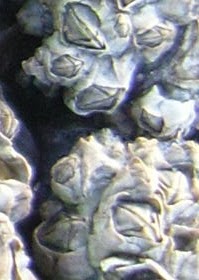 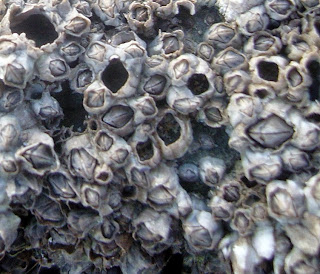 Note the little Alien faces as they emerge from their shells

One other small thing I noticed about beaches is they have a strange effect on two particular creatures on the planet; both go a bit silly when placed on a nice sandy beach, Humans and Dogs.  Is there a reason for this what is in both men and dogs that makes them run about on beaches digging holes and chasing balls, is the fact that a dog will see man as a god and god is in fact dog backwards significant. Could it be that we both emerged from the primitive earth’s sea millions of years ago at the same time, man throwing his first pointy stick at his prey only to have it returned by a primitive dog wagging his tail and waiting for a treat, did this lead to the hotdog (lead . . . dog . . . Hah HAHHAH ha hah ha hah ha hah ha hah hah ah ah ah ha hhhah hahah ha hah hah ha ha ha hahah ah)
Posted by Rob Z Tobor at 22:15