A Simple Guide to the Greek financial Crisis. . . 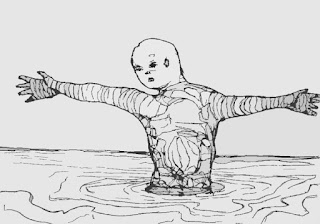 It has been some time on my blog since I have discussed an important issue, so as we reach the end of the Greek financial Crisis (again). I think it is time for me to explain to everyone why the various leaders of the EU countries and find themselves in the present situation. You see it has been ongoing for a long time and just when you think it will end the deadline moves a few months weeks and now days.

So how did this Crisis Happen

Well think of joining the EU as a young student getting its first credit card.  You get a card and get to spend loads of money as long as at the end of the month you pay back a small sum. Well after a bit the bank lets you borrow more money because you have paid back the minimum payments for a few months.  You can then go off and spend more money and pay back a bit more. The bank now thinking it will make loads of money out of you in interest lets you have even more money which as a young student you spent (Yes its great). But after a while you end up owing more than you earn in over a year and the only way to pay it back is to borrow a bit more. This is fine until the bank says NO SORRY that is it you have really reached the limit for now, it then all goes horribly wrong because you have spent all the money and cant pay the bank or anything or anyone else either.  Well this is exactly what has happened to they had a great time spending all the money but it has now all gone and gone wrong.

So why can’t they sort it out

Now you would think the top European bankers and leaders of the various countries in the EU would sort this out easily but there are a couple of major issues that none of them will admit. The first of these is is Bankrupt and giving them a bit more money will only make it all worse in the future for everyone. Secondly the banks should never have lent all that money to them in the first place without checking that they were not having a party and spending the money on a good time.  The terms and conditions of being part of the Euro are quite strict but were I suspect not entirely stuck too by either side as both parties thought they were on to a good thing, Greece getting lots of money to spent and the banks convinced they would make loads of interest at the Greeks expense.

Neither party thinks it’s their fault and now expects the other side to sort it out but the truth is neither side can. They have to work together to solve things but it is likely they will just shout and wave fists.  needs to leave the Euro Zone and the banks need to help a bit for them to do it. And in the long term needs to repay the banks although it will be a long long time before that happens.

I think they need to talk to me but  they all think they know better and would call me an IDIOT. Folk do that. . . . .  I for one have never spent what I don’t have so get by OK but don’t have the latest Bling, This though is not the way of modern economies or banking.

All I will say is that it will not end well or quickly.

Sorry there were a few errors in spelling (again) so I hope it is better now and makes more sense.

OOOO the pic I will discuss the Creature from the Black Lagoon. . . Soon
Posted by Rob Z Tobor at 20:45